These shoes have had their fair bit of controversy surrounding them whether they’re acceptable at all to wear let alone to the gym. For those of you who haven’t heard of these heinous shoes then I don’t know where you’ve been! Originally designed to be worn for walking or hiking many have adopted them into their everyday wardrobes, which is just wrong!

I know some of you will be saying that they’re great for grip and are generally acceptable to wear in the gym, but I’m afraid I’m going to VETO that decision and inform you to invest in a pair of proper, specially designed exercising shoes as they will leave with a better reputation than the individually toed shoes that plague our lives. 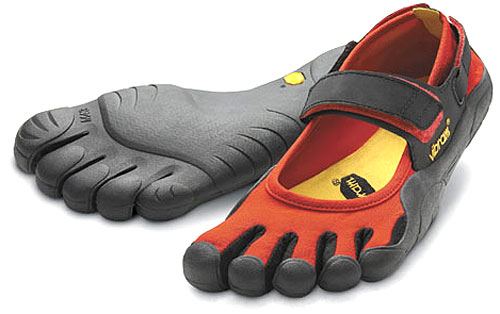 Boots? To the gym? Yes, it happens. Too many times we’ve seen streams of men sporting a form of boot, whether they’re combat boots or some other variant of these highly inappropriate shoes.

Boots are designed to keep your feet warm and dry across particularly difficult terrain, not the treadmill. Much like the individually toed shoes, boots just shouldn’t be worn as they’ll make your feet sweat more than they need to, and once you’ve finished at the gym you’ll have the smelliest feet going. So rather than the smell of your feet being hot in everyone’s nostrils opt for a pair of specially designed gym shoes instead. 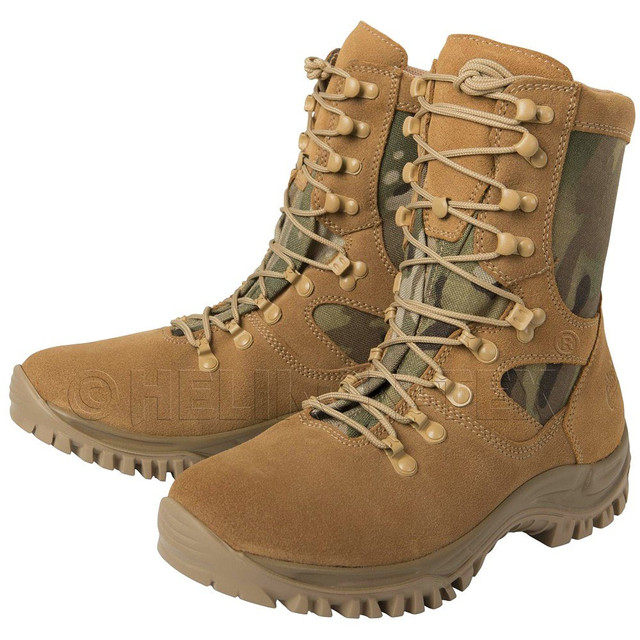 Who would’ve thought that the day would would come when we’re telling men not to wear leggings. Well, that day is here and you should start listening to the voice in the back of your head questioning your choice of legwear.

Leggings for men, or meggings as they like to be known, are literally what they say on the tin. Skin tight pieces of lycra or polyester that hardly leave anything to the imagination aren’t a good look when you’re building up a sweat and, if you don’t have supportive underwear on, your nether regions may be flapping around down there for the whole world and its mother to see. Instead, opt for a pair of just above the knee shorts or tracksuit bottoms to get you through your gym session. 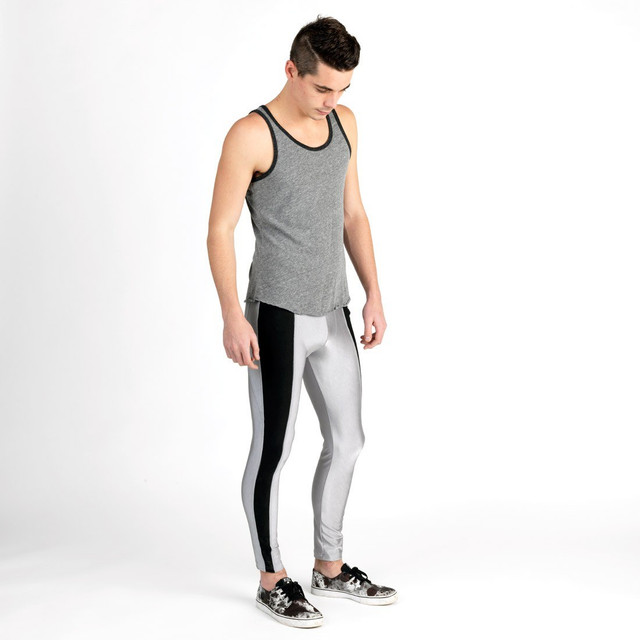 Now, I, and many others like me, have a problem with these vests whether they’re worn in the gym or not. A barely there vest is pretty much what is says, and I’m pretty sure that you’ve seen one of these criminal pieces of clothing in the flesh, but if you haven’t then buckle up kiddo. The straps of the vest, for some reason, come down way past the chest and just cover the nipple, with the remaining part of the vest starting somewhere past the navel.

Instead of letting people suffer with the vision of what is essentially elongated nipple tassles then opt for a sports T-shirt. There are a massive range of gym clothes that you can choose from, so please, I urge you not to wear a barely there vest. 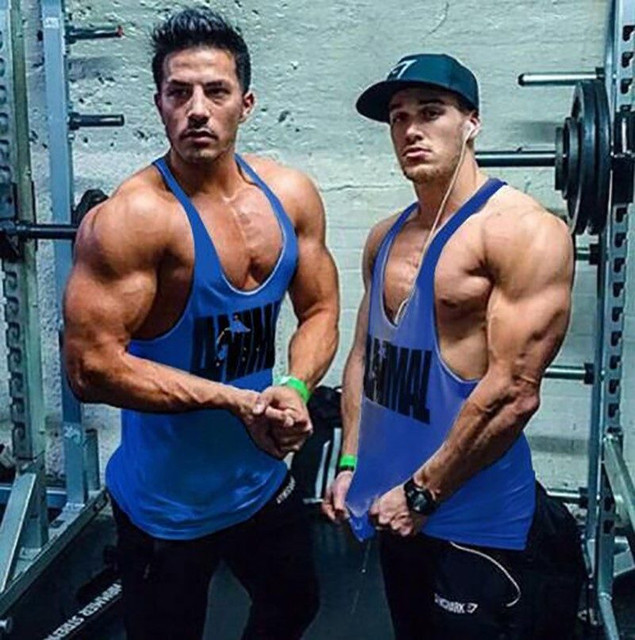 You’ve never skipped leg day, not even once, and I get it, you want to show off your muscular pins, but sometimes the shorts that some blokes wear can be a little bit too short, verging into hotpants territory.

Short shorts aren’t a good look, no matter what occasion you’re wearing them to, and many don’t offer you the support or modesty in certain areas where they really should. Instead of these uncontrollable shorts opt for a pair that hit you just above the knee to ensure that they don’t ride up too much leaving little to the imagination. 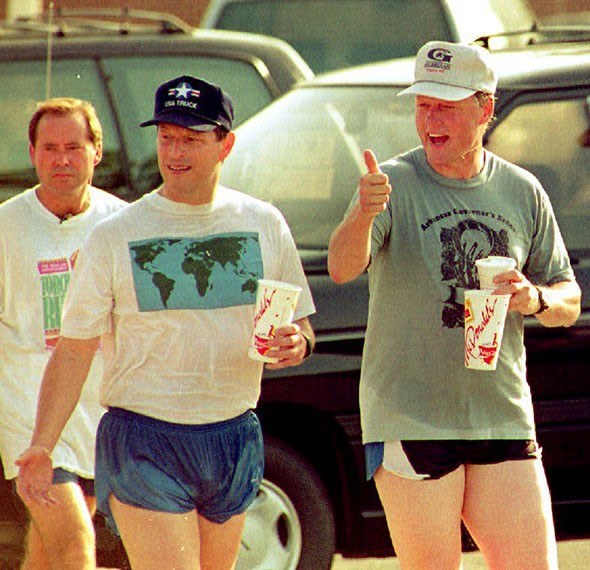 You’d be surprised what people think is appropriate to wear to the gym, and denim seems to crop up more often than you’d first think. Denim isn’t a suitable material to wear whilst you’re working up a sweat as it’s not designed to keep you cool nor is it designed to be worn during physical exercise.

I can only imagine what state you’d end up in if you wore jeans to the gym, some chaffing I’d imagine, so instead wear something light and airy. Pick a material that will keep you cool whist you’re working up a sweat, and they’re plenty out there, as this will only benefit you in the long run. 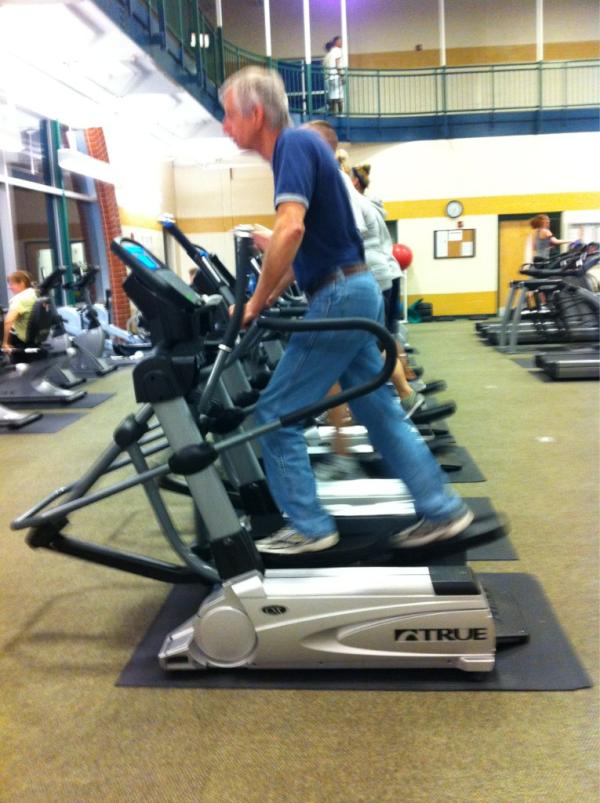 Again you may be thinking who on earth would wear sandals to the gym, but it unfortunately happens. Like most things seen in the gym sandals are the right footwear to sport when you’re working out as they offer no support to your foot, nor are they designed for sport, so let’s leave that one there.

Again, go for a shoe that will offer you support and keep your foot in tip top condition when you’re in the gym. Foot support is vital when you’re exercising as you can really do some damage to your foot and legs if you’re not careful. So, for safety and support more than anything, please don’t wear sandals to the gym. 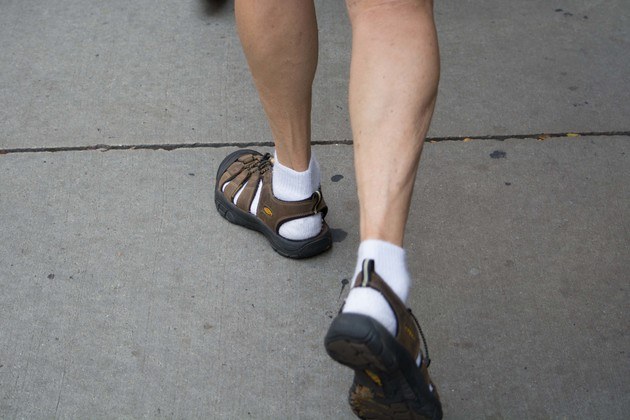 We get it, you like to work out and you like to show it off, but save it for the beach because other people probably don’t want to see your bare chest five inches away from where they’re working out. Get yourself a gym T-shirt or top to see you through your gym session in both style and modesty. 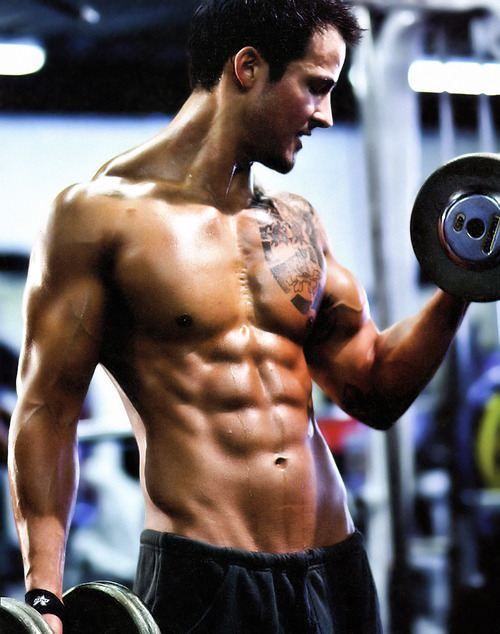 Neon is a great material to wear when you’re out running or cycling at night so other people and vehicles can see you, but the gym, I hope, is fairly well lit so you don’t have to wear it there. So, if you don’t want people seeing you on the rowing machine from the next town over, then stick to more subtle and less in-your-face colours.

Go for a black or red sports top as these will be less likely to show off sweat marks and stains than other colours. Also, if you want to work out without people seeing you then the darker the colour the better. 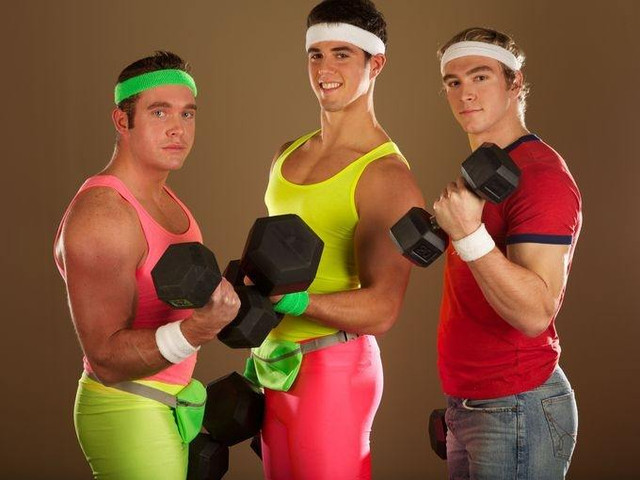 The 70’s have been and gone and so has the need for massive headphones. If you want to look like Starsky and Hutch running down the beach then be my guest, but for comfort and a less likely headphone to fall off when you’re working out then go for an in ear pair.

I’m pretty sure the phone you have came with a pair of headphones, which are more than suitable to wear to the gym. After a while though, these can get a little bit too uncomfortable, so go for a pair of headphones that have cushioning around the speaker part. 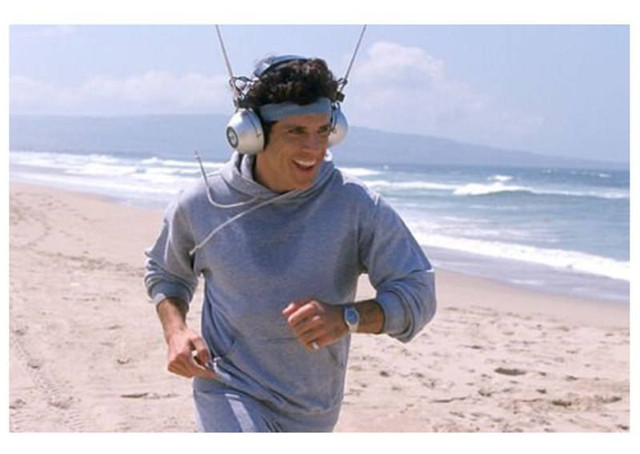 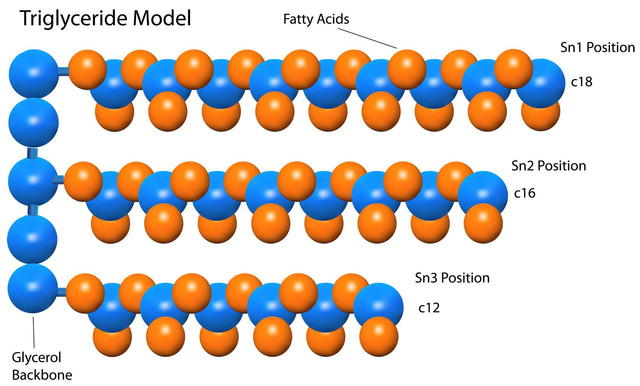 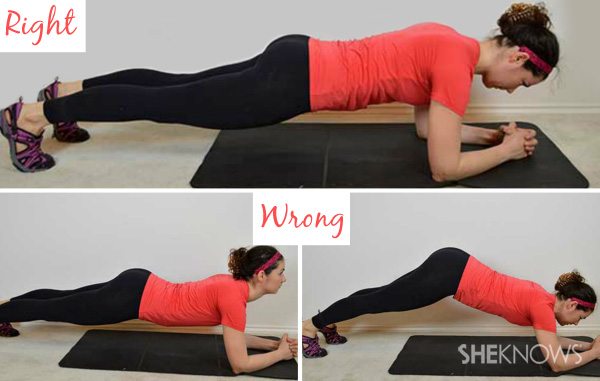