The first most common new year resolution everyone set is usually about his or her career. Everyone hopes and wants to do better in a new year compared to the previous – to get promoted, to close bigger clients, to grow your brand further, and to double or triple your income.

And I bet the second most common goal of many is to improve their health or to lose weight. In fact, these are simple goals to describe but difficult feats to pull off for many.

We all know in order to lose weight, we should take a closer look and better control of our diet- eat more greens, less processed foods, more fruits, fewer desserts – alright, you don’t need me to repeat these. It’s clear that we all know what to do, but.

How to do it? Making it simpler? Making it easier? And making it more effective?

Make Good Use of the Optical Illusion

The Delboeuf illusion has long been known to cause us to misjudge the size of identical circles when they are surrounded by larger circles of varying sizes. The more “white space” around the circle, the smaller it appears.

Research[1] done by Professors Brian Wansink and Koert van Ittersum explored how a well-established optical illusion leads us to make inaccurate estimates of serving size, depending on what size plate they are presented on. 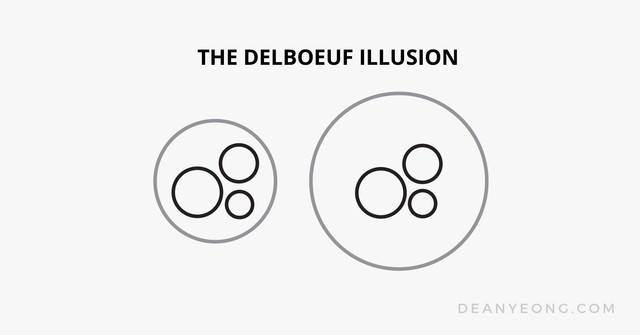 What can we do to combat this powerful effect? Simply being aware of the effects of the Delboeuf illusion may not be enough to overcome it.

The best solution to change our eating behavior is to design our environment by replacing the plates and bowls we’re using. We can take advantage of this visual “trick” by manipulating the plates we use to serve various foods. Healthy foods such as fresh vegetables and fruits should be served in larger plates to encourage consumption, while less healthy foods should be served on smaller plates to trick ourselves into feeling satisfied with less.

By using a smaller plate, we trick ourselves that we have enough, which helps us to break the habit of overeating. At the same time, it will also help you to reduce a significant amount of food wastage since you will never make or serve more food than you can finish.

Habits form in a loop called the habit formation cycle. It starts with a trigger, then the routine – any good or bad habit – and finally the reward.

Most rewards for the unhealthy eating pattern such as overeating and poor food choice are heavily tied to the satisfaction of our taste buds. We love the taste and we crave it, and that’s why we keep repeating the habit loop of the bad eating pattern. 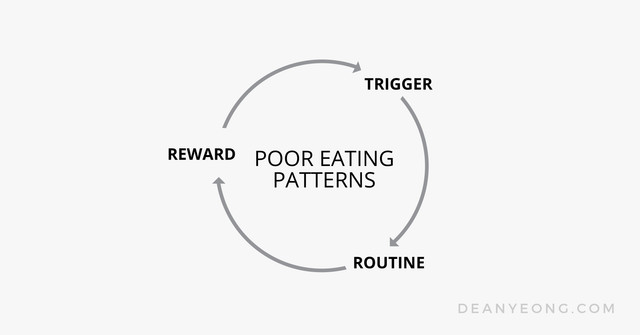 But wait a minute?

The best way to break a bad habit is by substituting a new routine to the habit loop. However, it’s hard for us to switch from eating chips and crackers to healthy salads and green juice. The alternative solution to break the habit loop is by reducing our exposure to the triggers. And the most common trigger of the bad eating pattern is the visual of the food. In other words, we usually only crave for unhealthy foods when we see them.

Lifestyle Change Instead of Diet Change

One of the core factors why most people fail to lose fat is they see it as a one-time event. When you search for fat loss tips online, most articles you see is about how much fat or weight someone loses in a certain period – usually short – of time. Then, everyone is fired up about what this person ate or what program he/she followed during that period of time to achieve that.

However, losing weight is not a one-time event; it’s not a sprint race. There is no one magical program, solution, food, or supplement that turns everything around – poor eating habits, lack of movement, bad sleeping routine – and helps you lose weight instantly.

When approaching our diet – maybe we should stop calling it diet, instead, our eating plan, we should all aim for a lifestyle change rather than the food choice constraints and diet rules. Define yourself as a healthy person; start adjusting your eating habits and behaviors to achieve optimal physical health for the long run.

What is the best way to achieve this? Change your environment to change your behavior. 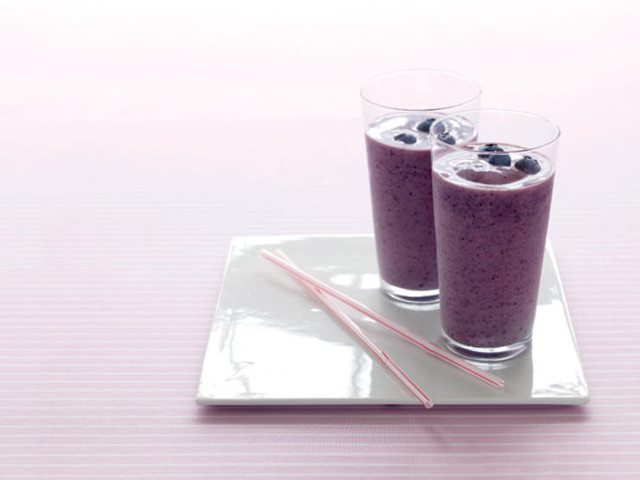